In Japan, the crayfish (Procambarus Clarkii) is a familiar species, but it is also an active target of extermination due to its impact on ecosystems such as native aquatic insects and aquatic algal communities, and because that it is a cause of agricultural damage such as food. damage to rice plants and collapse of the banks of the rice field. Learning more about the species through environmental science education is a necessity.

There are few cases where crayfish are actively used in Japan, but in Europe, the United States and China, crayfish are used as food (protein source). In other words, the eradication and utilization of crayfish in Japan should protect the local environment and other local resources, and lead to the development of new resources as sustainable agricultural resources. However, it is not easy to immediately recognize crayfish as a food source in Japan, as it has not been recognized as a common food source in the country.

Therefore, we considered educational activities using crayfish as a resource through environmental science education, in which students learn about “the environment, invasive species, creature life, resources and the food”. In addition, we decided to use our expertise in environment and food, which is the mainstay of Tokyo University of Agriculture, and work on the use of crayfish for food and materials. agriculture as a useful resource to reduce environmental damage. burden for future food problems.

In this process, the crawfish will be grown in aquaponics, which combines crawfish and leafy vegetables in a hygienic environment through the circulation of clean water. In addition, the crayfish will be studied from a nutritional point of view and their safety will be assessed so that they can be used as food for humans and animals. Then the shells are used as food additives and the inedible parts as fertilizer, with the aim of using the crayfish as a sustainable agricultural resource.

This article describes the environmental science teaching practices that form the heart of the project, as well as the booklet prepared as a guide to our project and the crayfish farming system based on aquaponics.

We conducted environmental education to raise interest in familiar organisms through crayfish-triggered ecological surveys as a form of social education in the community and conducted environmental conservation activities through extermination. Exterminated crayfish have also been used for observation and scientific experiments on body color change in public lectures for elementary, middle and high school students and after-school classes in schools. Then, educational practices on “environment, invasive species, creature life, resources and food” were conducted in primary schools and public lectures to explain the concept of crayfish as a resource. food and agriculture, and its importance as a sustainable agricultural resource. Resource.

Through classroom practice, it became clear from students’ written comments that crayfish provided an opportunity to rethink environmental conservation and the lives of living creatures, as well as a chance to consider crayfish as a resource. In addition, a booklet has been prepared for students and parents on the seven points covered in this course (Crayfish Habitat, Characteristics, History of Introduction, Range of Habitats in Japan, Problem of Exotic Species, Colorful Crayfish and Resource). 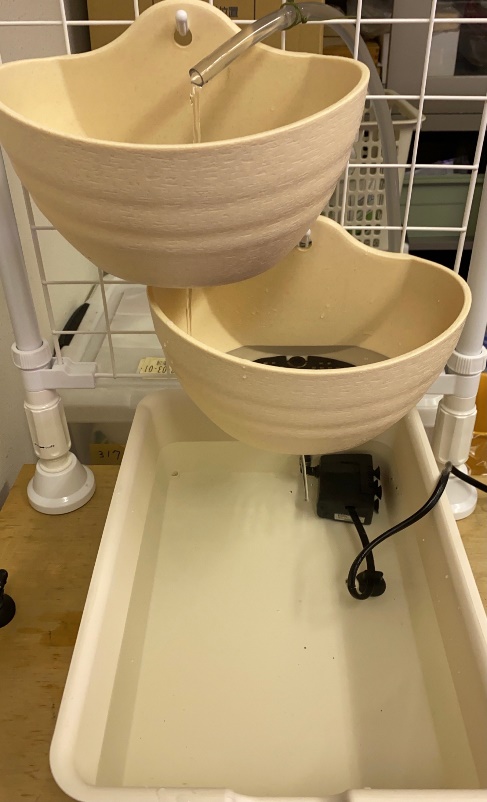 The true story of crayfish in Japan

This booklet is an ‘environmental science education’ guide and focuses on crayfish, which are found all around you. The top part of each page is a story for children and the bottom part is the Japanese translation so that parents and teachers can read the story to their children.

Crayfish are common invasive species around the world. What is often overlooked when considering the problem of invasive species is that “once the natural environment has been impacted by humans, it must be continually maintained and managed by humans”. Moreover, nature management includes not only the preservation of the landscape, but also the management of living organisms which are related to the maintenance of ecological balance. However, few people seem to understand this point.

Indeed, when it comes to cleaning up ponds and swamps, there is a tendency to think that the invasive species that ultimately survive are to blame. This is despite the fact that the lack of ongoing maintenance and management by humans is to blame for the situation. Here we raise the question of why crayfish is a problem and look at the problem from the perspective of both man and crayfish.

We hope Crayfish is an opportunity for people to think about how humans and the environment, and the creatures that inhabit it, can co-exist. We hope that parents will read the booklet to their children in the early primary grades and reflect on it with them.

In a typical aquaponic tank, plants are grown in the upper part of the tank and crayfish are kept in the lower part of the tank. However, in this breeding system, when pumping water from the lower tank to the upper plants, possible problems such as crayfish escaping through the pipe, dirt accumulation in the lower tank with crayfish, cannibalism due to keeping many crayfish in a limited space, and food damage to crops was taken into account. To solve these problems, we have tried to improve the breeding equipment as shown in photo 1.

Unlike conventional aquaponic equipment, the crawfish rearing area was placed at the top and the plants were grown in the lower area. This has prevented accumulated dirt (food scraps and feces) from accumulating in the tank, increased the number of tanks, prevented mass breeding and leakage, and prevented food does not damage crops. Additionally, since materials other than pumps can be purchased inexpensively, it has become possible to create breeding equipment less expensive than conventional aquariums for future use as teaching aids. We are also currently working on a large-scale closed aquaculture system using groundwater for crayfish farming.

In the future, the nutritional value and safety of crayfish reared by these devices will be checked, and the future use of crayfish resources in Japan will be promoted based on environmental science education.

Acknowledgements: We would like to thank Dr. Junichi Nakagawa for his advice and suggestions for the article

*Please note this is a commercial profile.

from the editor Recommended Articles